COVID NOTICE: Charter 1 is following all Government mandates in relation to COVID-19. To view these, click HERE

Lying between Rottnest and Garden Islands, Carnac Island is an A-class nature reserve, teeming with wildlife (David Attenborough has even done a documentary on the wildlife here). The traditional name of Carnac Island is Ngooloomayup which translates to “place of little brother” in the language of the Whadjuk Noongar people.

It’s only access is by boat and this is limited to day stay only.   A large sheltered bay on the eastern side of the island provides a safe haven for resting Sea Lions and birds. The clear, calm, shallow waters of the island allow you to venture almost right up to the shore where you can literally step off into waist deep water and head off for a snorkel. The western side of Carnac is an absolute delight with high limestone cliffs and a truly spectacular anchorage, perfect for paddling the kayaks around.

In 1803 French captain Louis de Freycinet first named the island ‘Bald Island’ however it was renamed by Captain James Stirling to ‘Carnac Island’. It served as a whaling station for a very brief time (about 12 months) in 1827 before becoming a prison for Indigenous Australians for an even briefer period of just 2 months, as the solitary conditions led to the soldiers assisting the prisoners’ escape via a stolen government supplies boat.

Thereafter the island was used primarily by the Federal government for defensive purposes, before being handed back to the state in 1969.

Carnac Island is an important haul out location for male Australian Sea Lions in between breeding seasons, which take place about every 17 months in warmer waters approx 200km north, including The Abrolhos Islands. Their female counterparts generally reside further north around Jurien Bay.

Being ‘bottom feeders’, male Sea Lions are often diving to their physical limits so resting areas such as Carnac Island are vital for their daily recovery.

Australia Sea Lions are wild animals and are capable of becoming quite aggressive, especially toward their male counterparts. However when they do take to the water they often love to put on a spectacular show of acrobatics, delighting guests on nearby boats.

Carnac Island is a major nesting habitat for a myriad of sea birds such as little penguins, wedge-tailed shearwaters, pied cormorants, pied oystercatchers and Caspian, bridled and crested terns.

The island also boasts a significant and dense population of tiger snakes. It is estimated there are up to three tiger snakes for every 25 sq.m of island, meaning tourists rarely venture far from shore (the regulated boundary is 5m to allow the Sea Lions a safe haven away from tourists).  It is speculated that a snake “showman” named Rocky Vane released snakes on the island in the early 1900’s after his wife and partner were both bitten and died.

Many of the snakes on the island are blind – the result of birds defending their chicks and “pecking out” the snakes eyes. David Attenborough visited the island with the BBC in 2006 to document this rare phenomenon which only occurs here.

Thankfully the islands surrounding waters and rocky outcrops are so beautiful that there is no need to go ashore anyway.

We recognise and acknowledge Aboriginal people as the Traditional custodians of Carnac Island Nature Reserve. 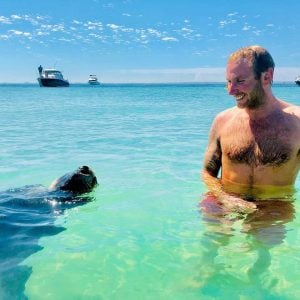 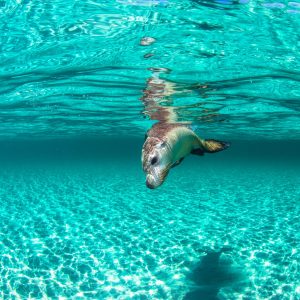 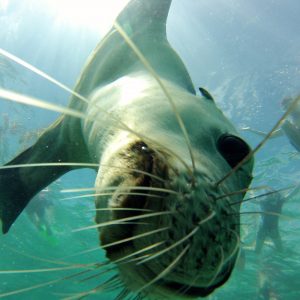 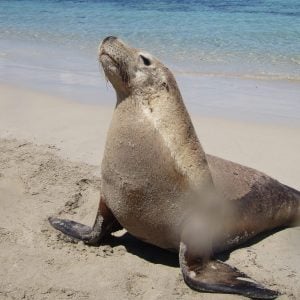 Carnac Island is a leisurely 45 minute sail from Fremantle Boat Harbour, through the gentle waters of Cockburn Sound. Capella is able to get closer into shore than other boats without noisy motors to scare them off, thanks to her shallow draft and retractable keels.

Charter 1 offers half day tours, bookable online via the “tours” tab above, as well as private charters to the island for birthdays and other special events.

DEPARTS FROM
Sardine Jetty, Fremantle Fishing Boat Harbour, approx. 50m south of Little Creatures Brewery, or a 5 minute walk. There is plenty of car parking available here. Alternatively it is about a 10 minute walk from the Fremantle Train Station.

PRICE
Check the Tour page for the latest pricing HERE 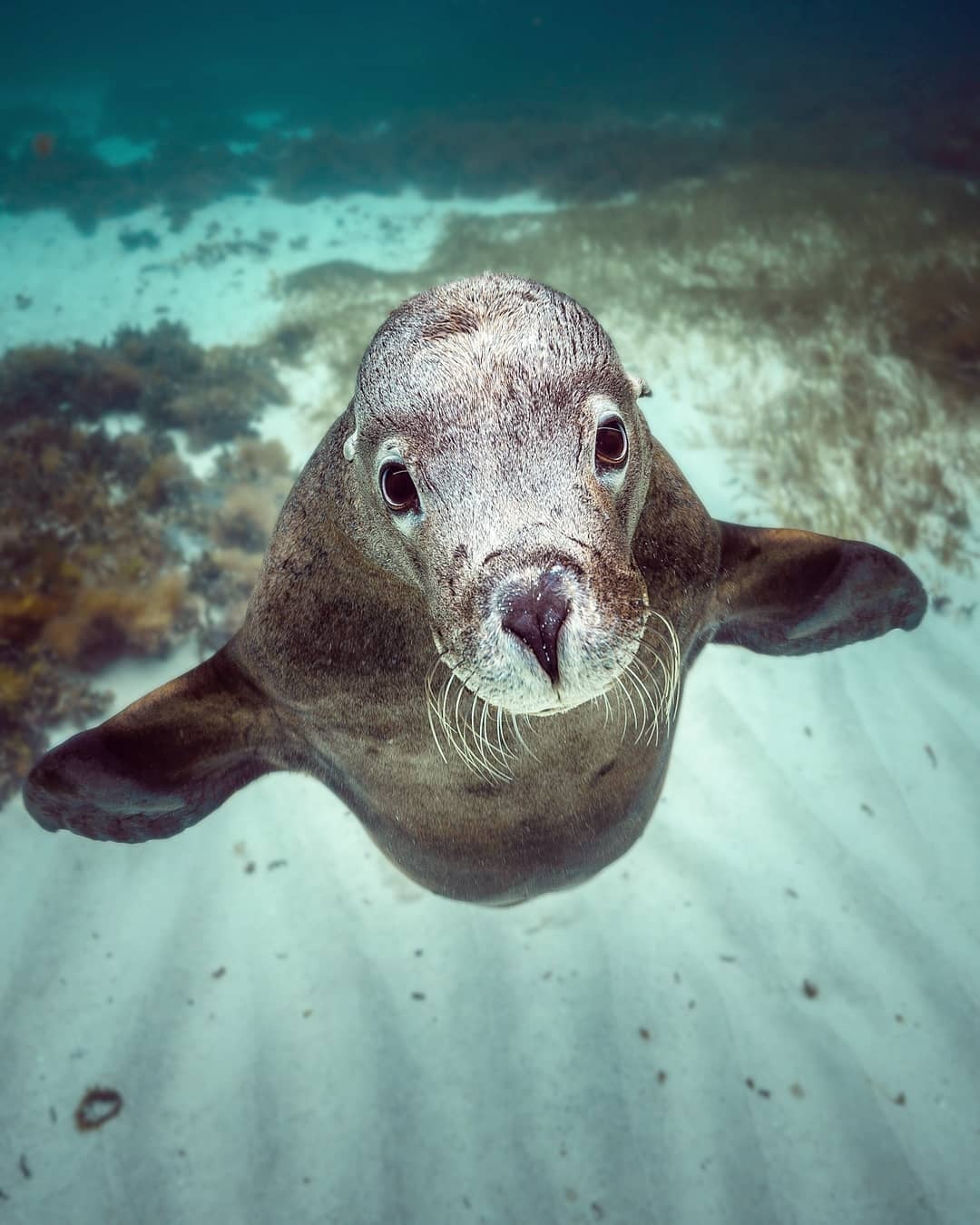 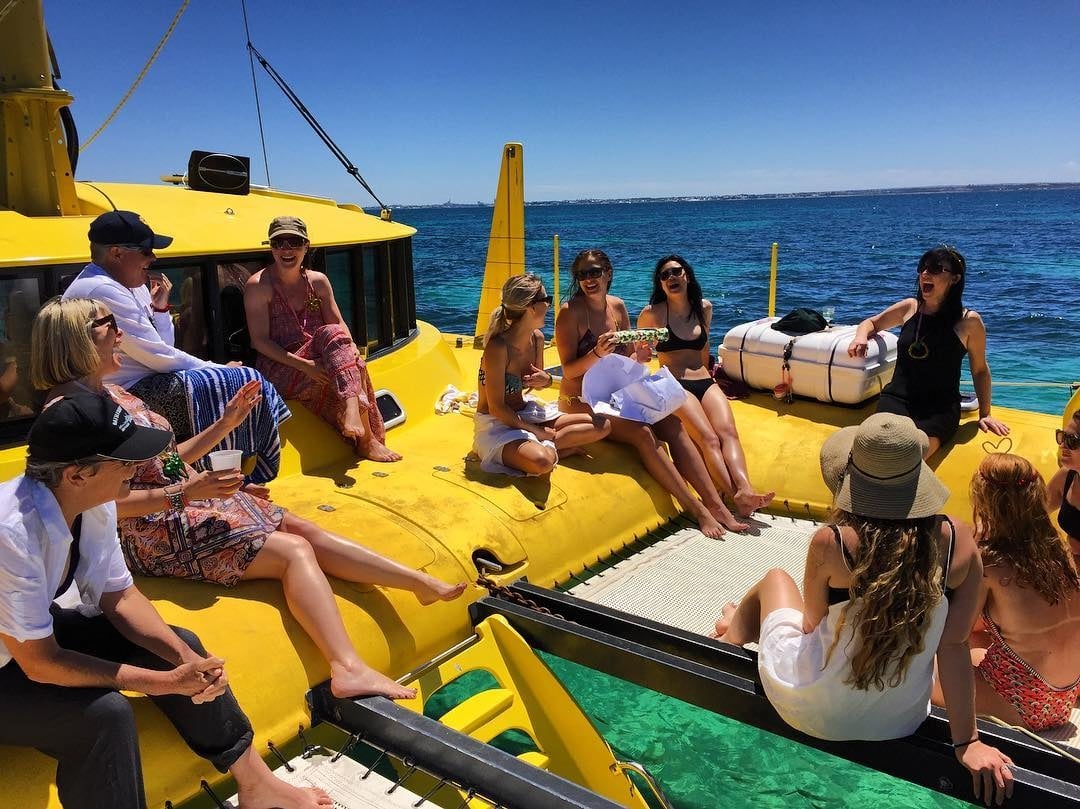 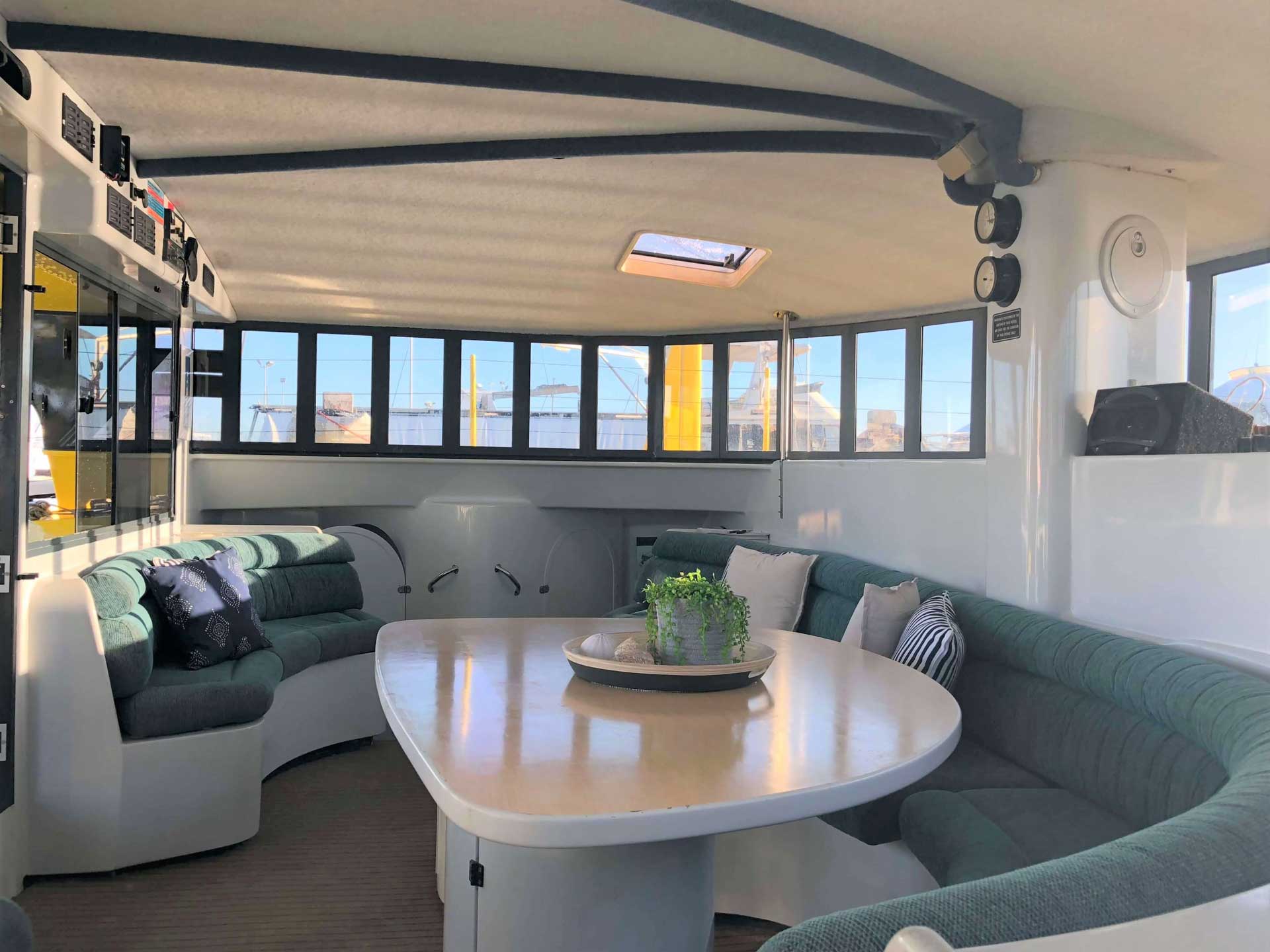 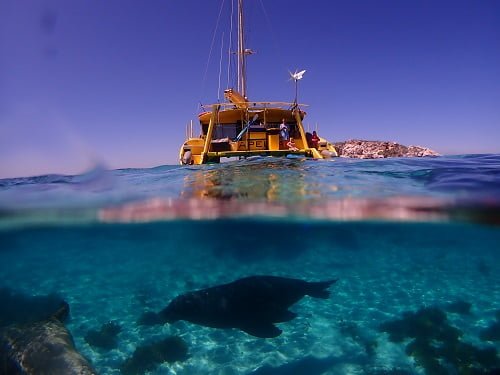 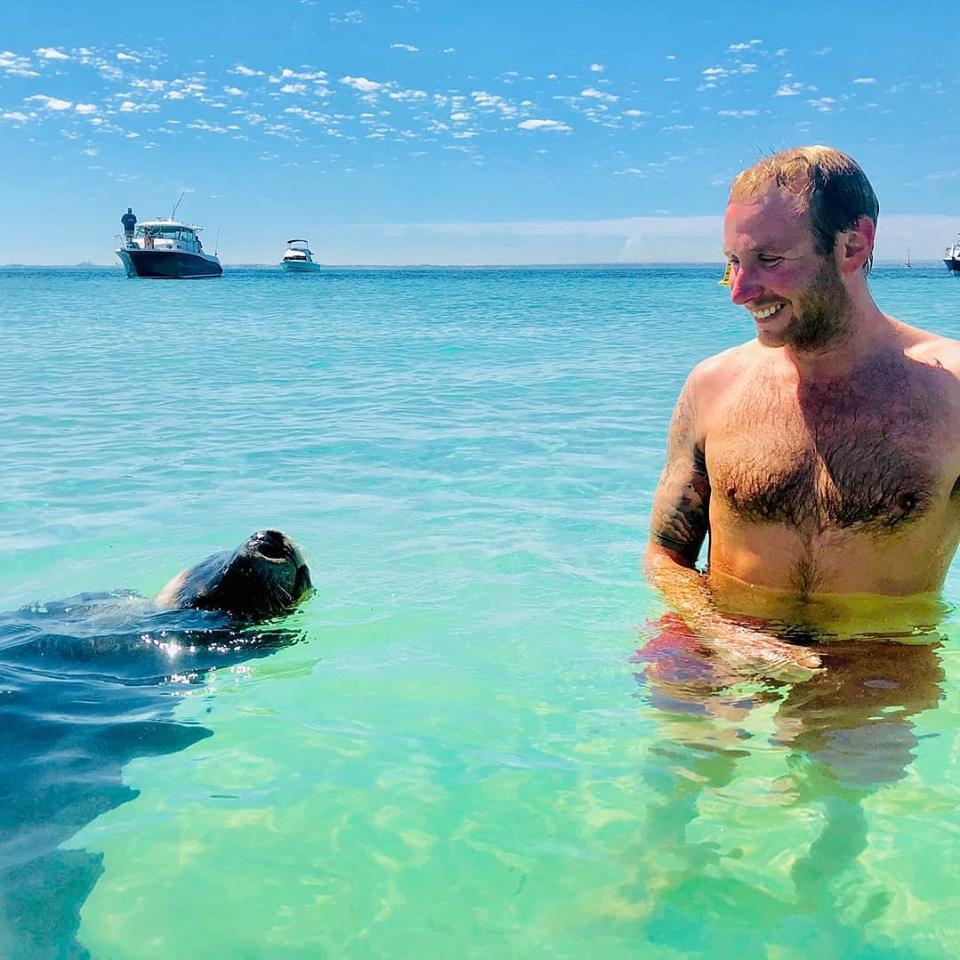 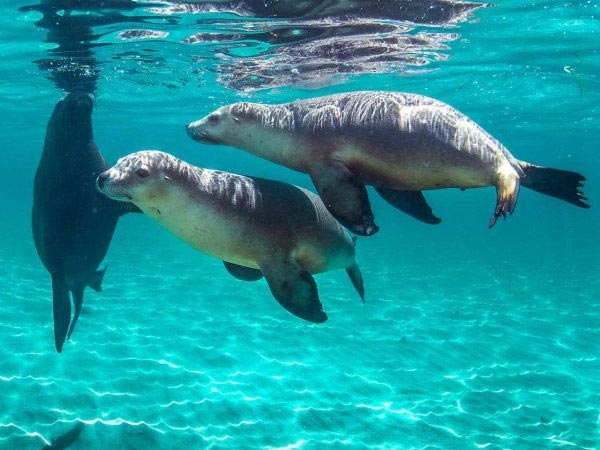 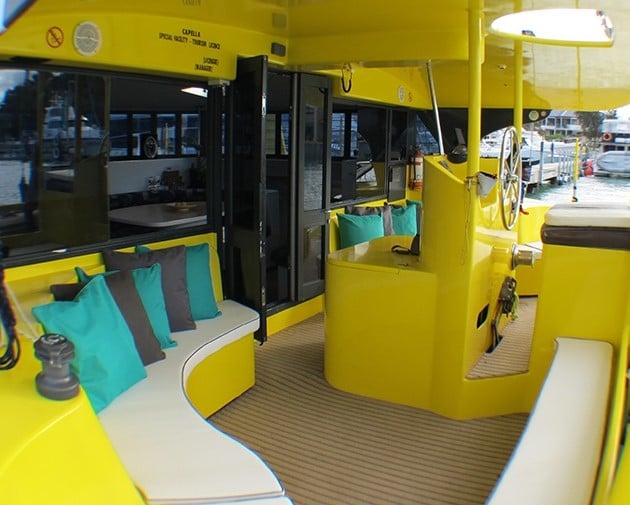 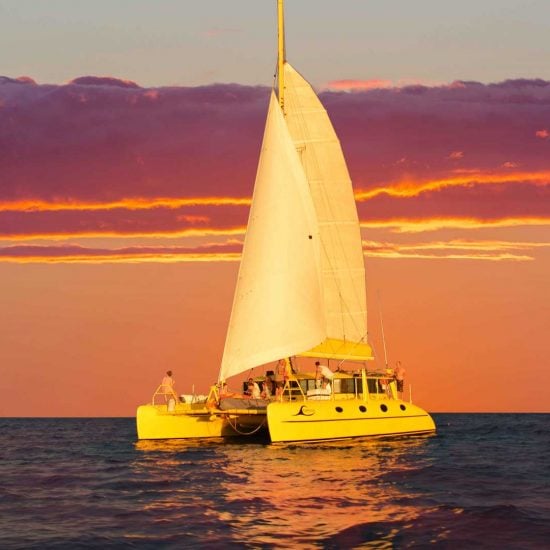 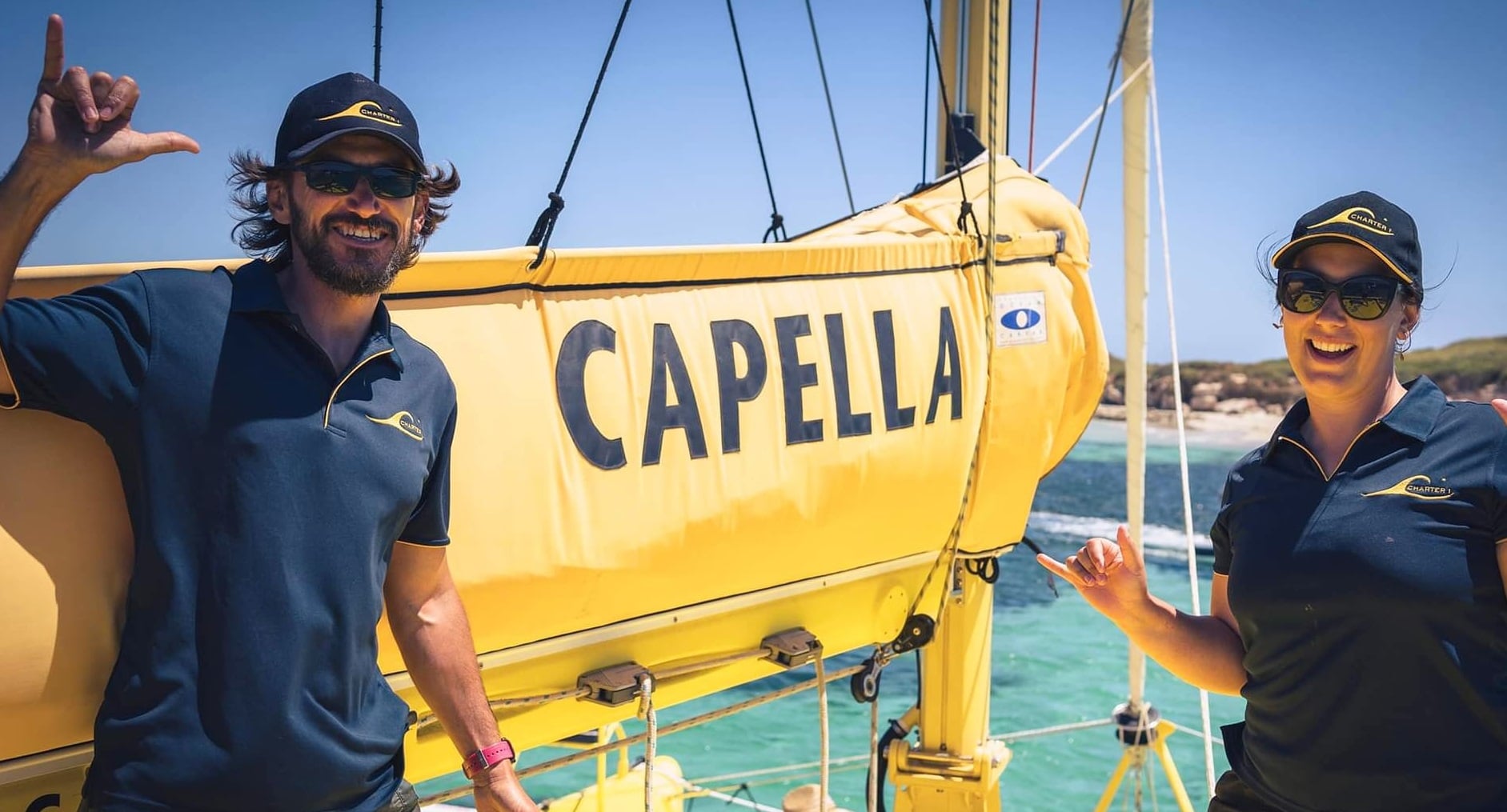 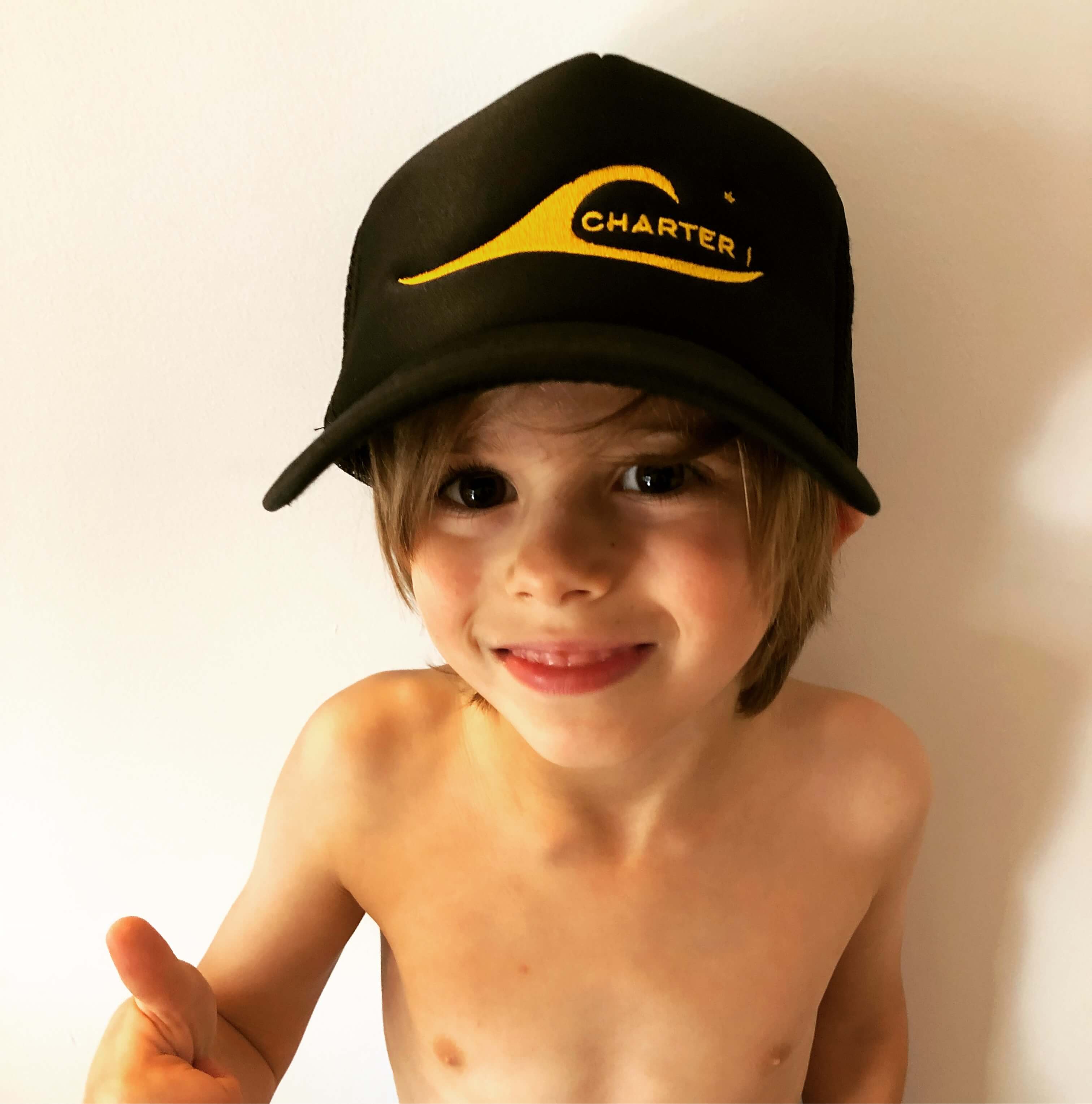 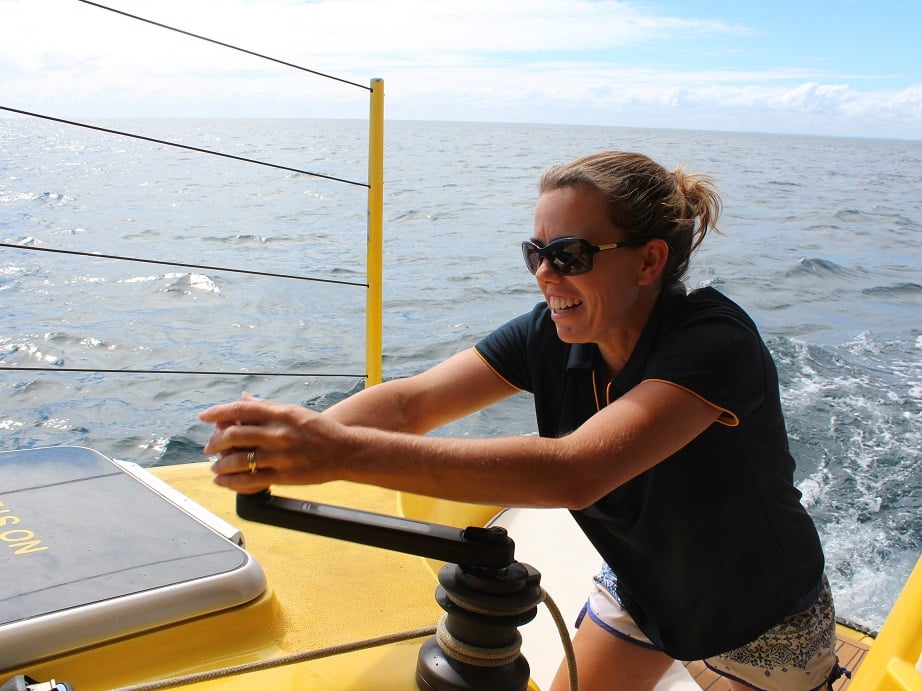